So they say making gnocchi is easy, but they (whoever they are) say that about a lot things. I’m so happy to report that gnocchi making is easy! It can be a time investment, but not even that big of one. I’ve made this for dinner two Tuesdays in a row! 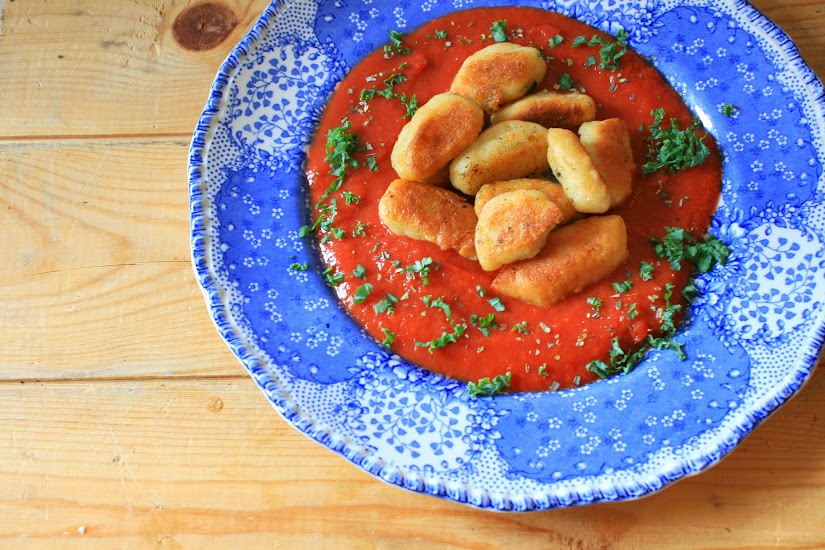 It’s potatoes, boiled then mashed into dough (with a few other things). The frying is optional, but I recommend it. A lot of people who don’t think they like gnocchi, like it once it’s got a bit of crunch to it. You can very easily sub out gluten-free flour for all-purpose wheat flour in this instance. 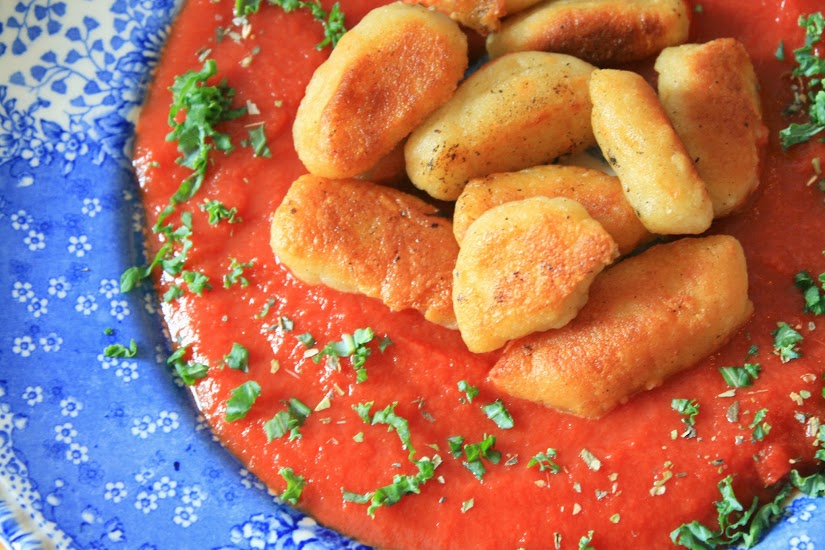 Bring the Russets to a boil in salted water and let them simmer until they are tender. Drain and let cool until you are able to handle them. Remove skins. Using a potato masher, potato ricer or  a stand mixer (my favourite) mash the potatoes until no lumps are left. Bring a large pot of water to a boil.

Add the flour, egg replacer and mix with your hands until a dough forms. You’re going to know it’s ready when they stop feeling like mashed potatoes and it starts to feel like dough. Pull out a handful onto a well-floured surface and work it into a ball. Using your hands, roll out the dough into a long, cylindrical shape, about a half inch across. Cut the gnocchi into approximately half-inch pieces with the sides of a fork and then roll each piece towards you with the tines of the fork. Test boil the first batch – drop the gnocchi in and take them out once they rise to the top. If the gnocchi feel too soft, work more flour into the dough. Otherwise, set the boiled gnocchi aside and add olive oil to prevent sticking. Roll out remaining dough, working more flour in on the surface, as is needed. Boil and drizzle with oil, as you go along. Some people eat the gnocchi right now, but I think the frying make them far more delicious. 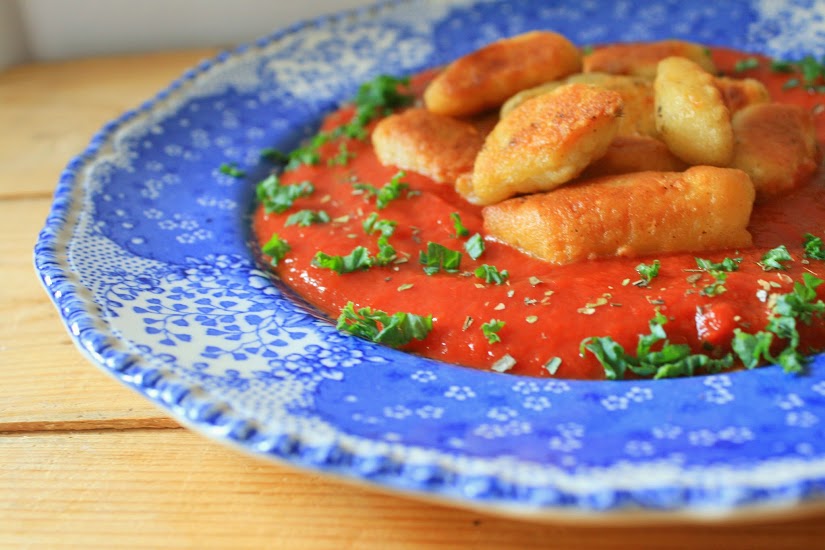 Any kind of sauce you like, really. Pesto is fantastic on gnocchi. Marinara is a natural. Treat it as you would any pasta and eat it as you like. 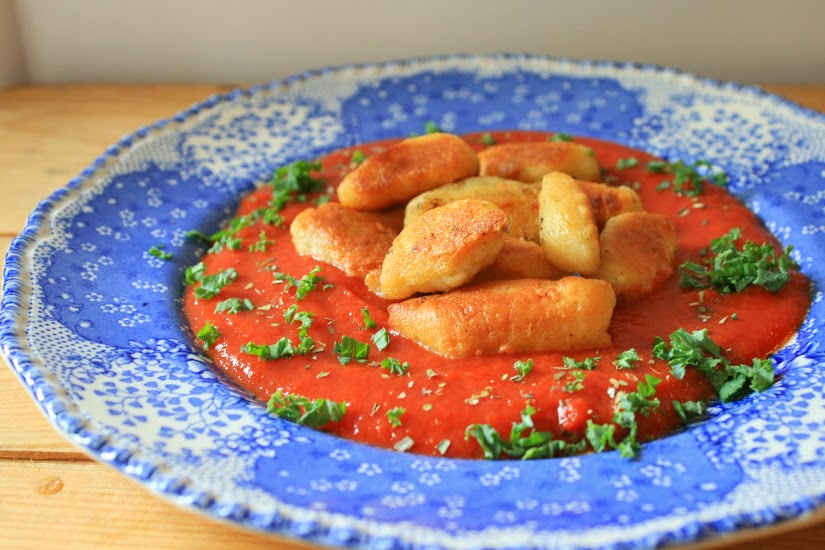