In Winnipeg, where I was born and raised, perogies are a part of the city’s identity. There is a rich Ukrainian history there; especially in The North End and you can feel that influence on Winnipeg’s unique culture.  To call on the local dialect of Winnipeg, we have a saying: Cheap Like Borscht. I’ve never heard anyone say it since leaving, so I bought a print from Etsy to hang in my kitchen because it is representative of the particular and idiosyncratic charm that a place as isolated as my hometown develops over time. My husband and I recently took a trip there and I’ve attached some of my favourite snaps after the recipe. 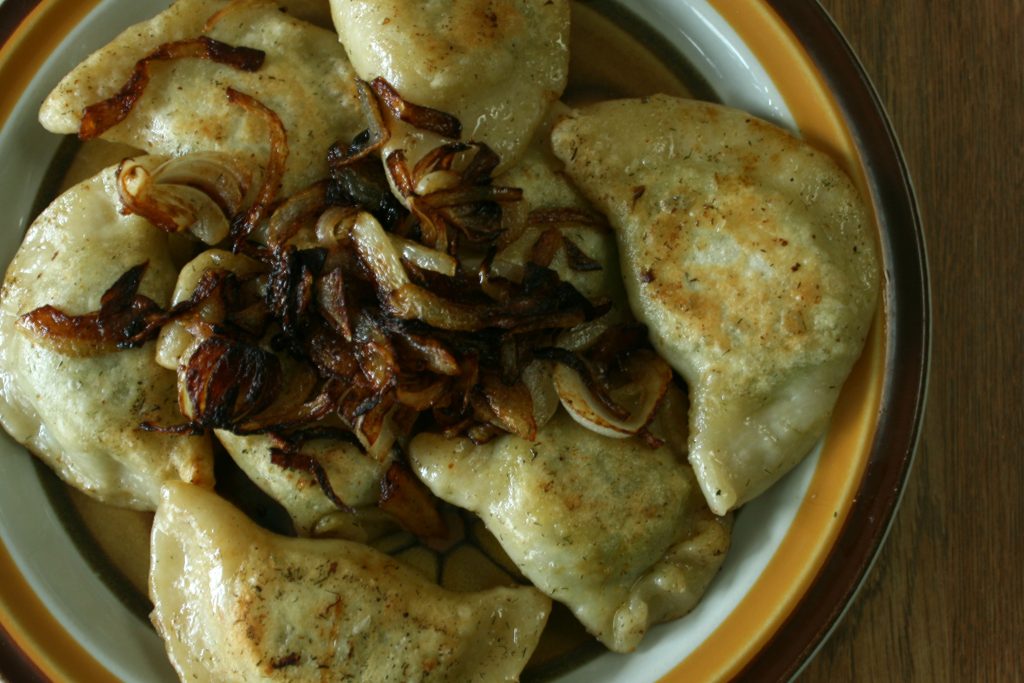 I grew up with my mom making them in large batches and refused to eat them – because eww look at all those onions! As I taught myself to enjoy all the foods I had trouble with as a kid, perogies quickly became a favourite. As an adult, I’ve experimented every couple of years with vegan perogy dough and fillings, but was the time I finally hit on what I’d been looking for. Part of it is that I now have a wonderful French rolling pin, which makes all rolling much easier. I highly recommend switching from the relatively useless ones with silly handles to a French style, also called tapered, as the difference is remarkable. Another part is finally finding an egg replacement that allowed for an easy-to-handle dough: which will be my first recipe using the now almost-famous chickpea brine, boiled and reduced down into a perfect egg-like consistency. I was feeling ambitious, so I have three fillings; you can pick and choose, or you can make a day out of it, prepare them all and keep making dough and stuffing it until it’s all gone. I put mine straight into the freezer,  so they’re ready to be boiled and fried at any point. Truthfully, by the time I got this post out, we’d given away and eaten all of them. 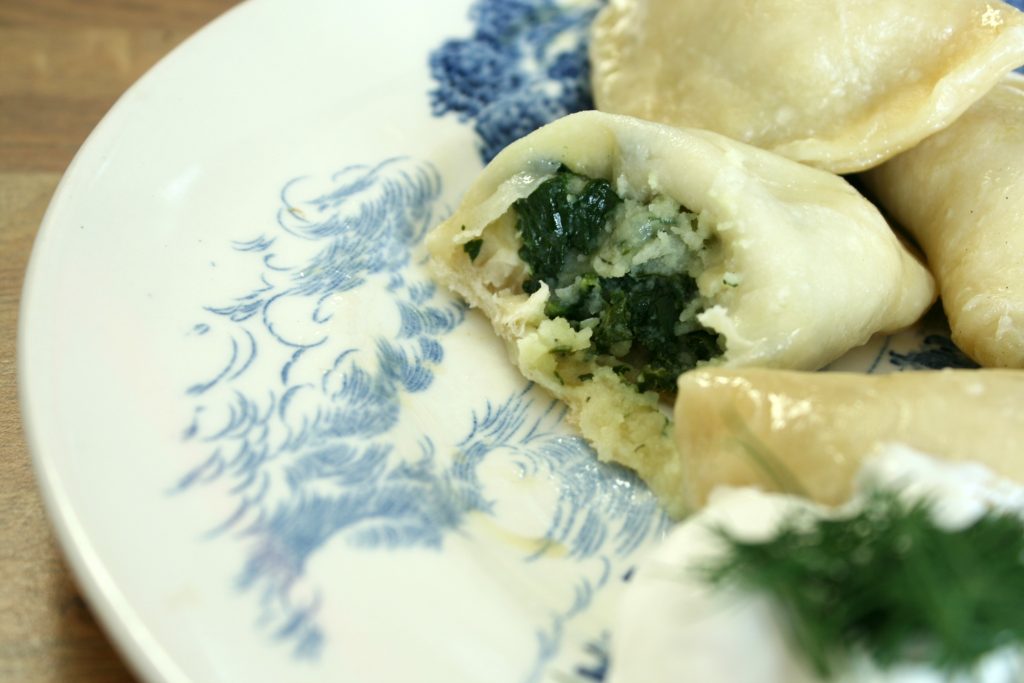 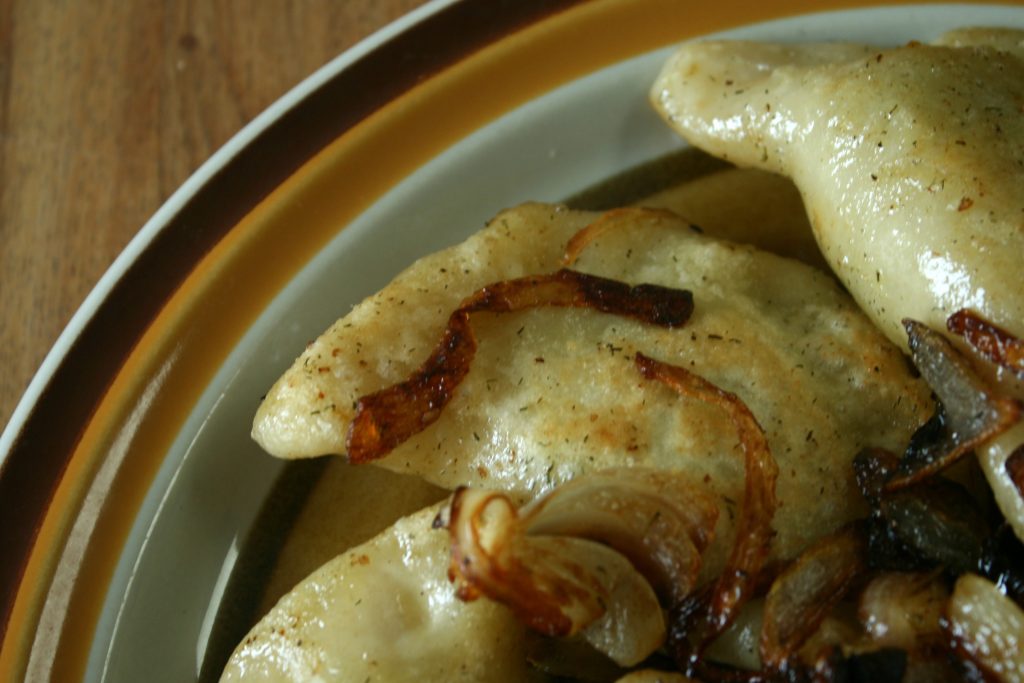 To the uninitiated, perogies are an Eastern European dumplings: a soft, pillowy dough envelops a variety of delicious things. Sometimes sweet, sometimes savoury: today I have a potato, onion and vegan cheddar, mushroom and sauerkraut and potato, onion and spinach for you. I have found this is the only use I personally have for any of the vegan cheeses on the market; I wonder if it’s all the onion that makes it delicious? Pierogi, perogy, varenyky – whatever you call them, they are an incredible food.

In a large bowl, whisk together the flour and salt. Add the liquid ingredients to the dry, started with 3/4 cup water and mix until it comes together. If it is too dry and won’t, add a little more water until it does comes together. Turn out onto a lightly floured surface and knead until you have a smooth dough, about 2 or 3 minutes. Cover with plastic wrap and let rest for 20 to 30 minutes.  Easily doubled.

2 large Russet potatoes, peeled and cut into large chunks
1 medium onion, yellow or white, peeled and quartered
3 cloves garlic
1/4 cup non-dairy margarine, or more to taste; pick the one you like the taste of best
1 cup non-dairy cheddar shreds, I used Daiya with excellent results
1/4 cup nutritional yeast
Salt and pepper, to taste

In a large pot, cover the potatoes, onion and garlic with cold water and bring to a full, rolling boil. Once boiling, generously salt the water. My rule of thumb for salting water is to add salt until the water tastes appropriately salty. Boil for a full ten minutes, turn off the heat, cover the pot and let sit for about 15 minutes until the potatoes are fork-tender. Drain, add the margarine, non-dairy cheddar and nutritional yeast and mash everything until completely smooth. Taste for seasonings and add salt and pepper to taste. Set aside to cool.

In a large skillet, heat the margarine over medium high heat and add the onions. Salt the onions and saute until they are translucent, a couple of minutes. Add the sauerkraut and mushrooms, season with salt and pepper and saute until they have softened and the liquid has evaporated, about ten minutes. Taste for seasonings and adjust to your liking. Set aside.

In a large pot, cover the potatoes and garlic with cold water and bring to a full, rolling boil. Once boiling, generously salt the water. Boil for a full ten minutes, turn off the heat, cover the pot and let sit for about 15 minutes until the potatoes are fork-tender. In the meantime, heat 1/4 cup of the margarine in a large skillet and add the onions. Season with salt, pepper and dried dill and saute until they are translucent. Add the chopped spinach, a pinch of salt and continue to saute until all the water has been released from the spinach. Drain the potatoes when they are fork tender and then mash or rice them into a large bowl. Add the sauteed onions and spinach, the remaining 1/4 cup margarine, 1/4 cup nutritional yeast and stir to thoroughly combine. Taste for seasoning and adjust. Set aside.

Using a small ice cream scoop, or a spoon and your finger, make 1 inch balls of the potato fillings and set aside on a plate. Doing this makes the stuffing part of perogy making much, much faster and allows you to fill the dough with a consistent and generous amount of filling. Set aside while you roll out the dough.

Roll out rested dough on a well floured surface with a rolling pin to about 1/8 inch thickness, turning often to make sure it is not sticking. Using a large glass or a large round cutter, cut out circles, sprinkling with flour to ensure they do not stick to one another. Gather the scraps of dough and re-roll until it is all used up. If the dough starts to resist too much, sprinkle with a few drops of water, cover with plastic wrap and let rest again.

Fill each circle with the potato ball or a rounded tablespoon of mushroom and sauerkraut filling, and pinch together the edges. Make sure they are well sealed. Lay out flat on a cookie sheet that is lined with parchment paper and floured (it is a sticky dough!), and place in the freezer until all perogies are frozen solid. Transfer to freezer bags and keep frozen until ready to prepare. Boiling until they rise to the top is the minimum, but I like one side fried until a little crispy and a side of slightly burnt onions with non-dairy sour cream and fresh dill. I am not a fan of caramelized onions with these dumplings, I think the bite of the onion is important and caramelizing makes them much too sweet. 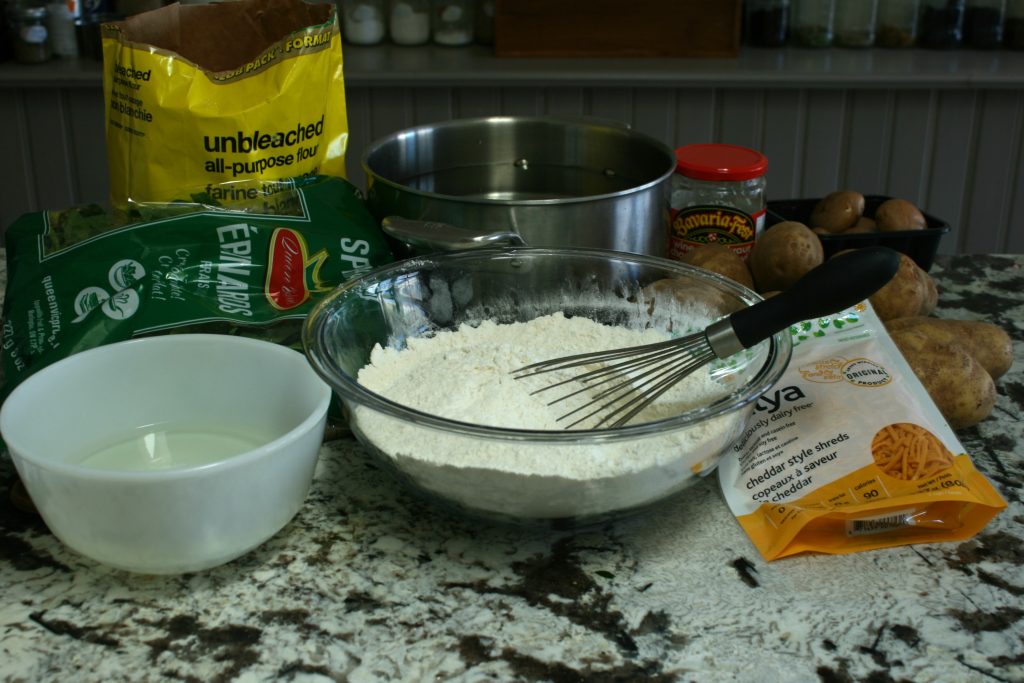 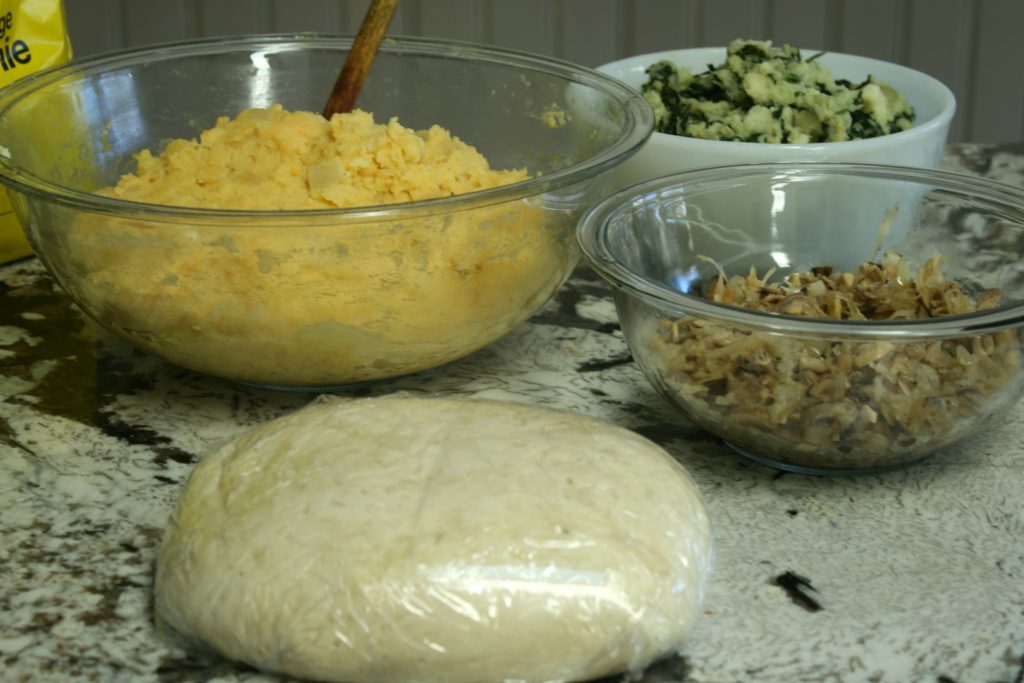 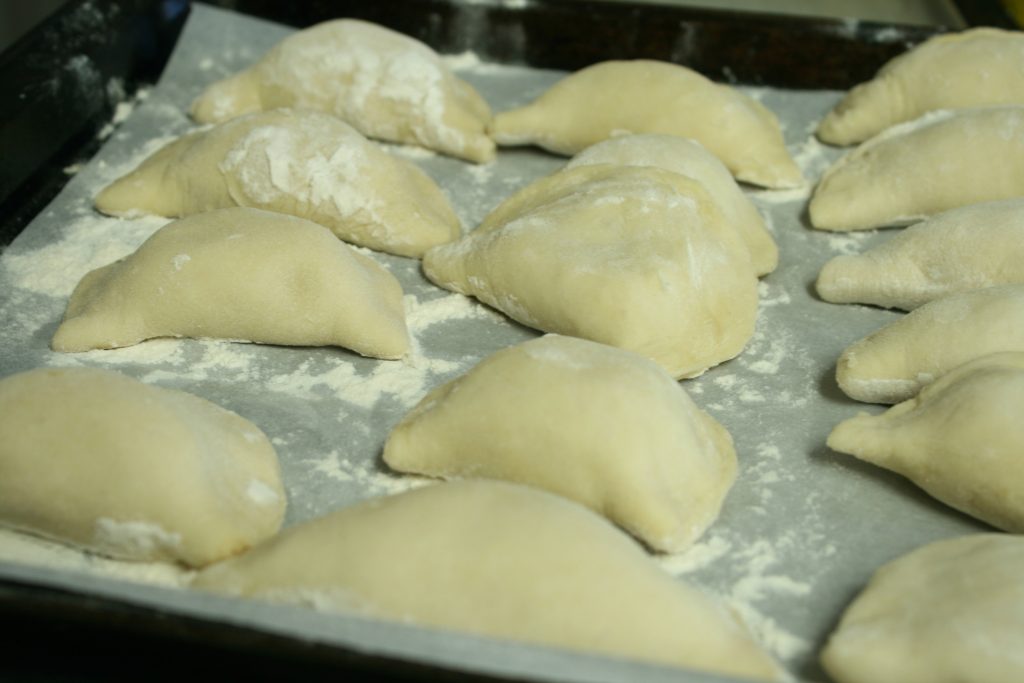 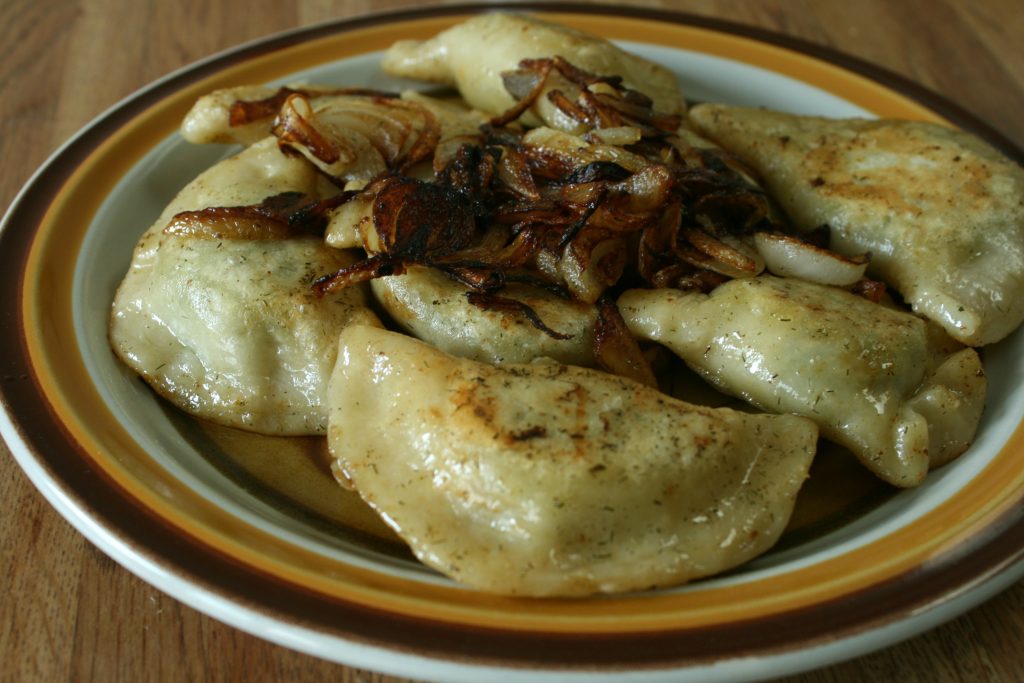 The amount of chickpea brine you’ll have to reduce to get 2/3 cup of a thick and egg-like texture really depends on what you’re starting with, as some are thicker than others. This recipe is pretty forgiving, so a little less or more can easily be made up for with a bit more water – just until the dough comes together. This is a good place to experiment with chickpea brine and to get a feel for reducing it to the right texture. You simply bring it to a boil and then cool to see the consistency.

I have made a gluten-free perogy dough before and it was quite successful in texture and taste, but it does crack a lot easier, so if doing so go easy while rolling it out. I always, always recommend you use this all purpose recipe, with brown rice flour for the rice portion as white rice flour leads to a gritty texture, which is the biggest drawback to gluten-free doughs. 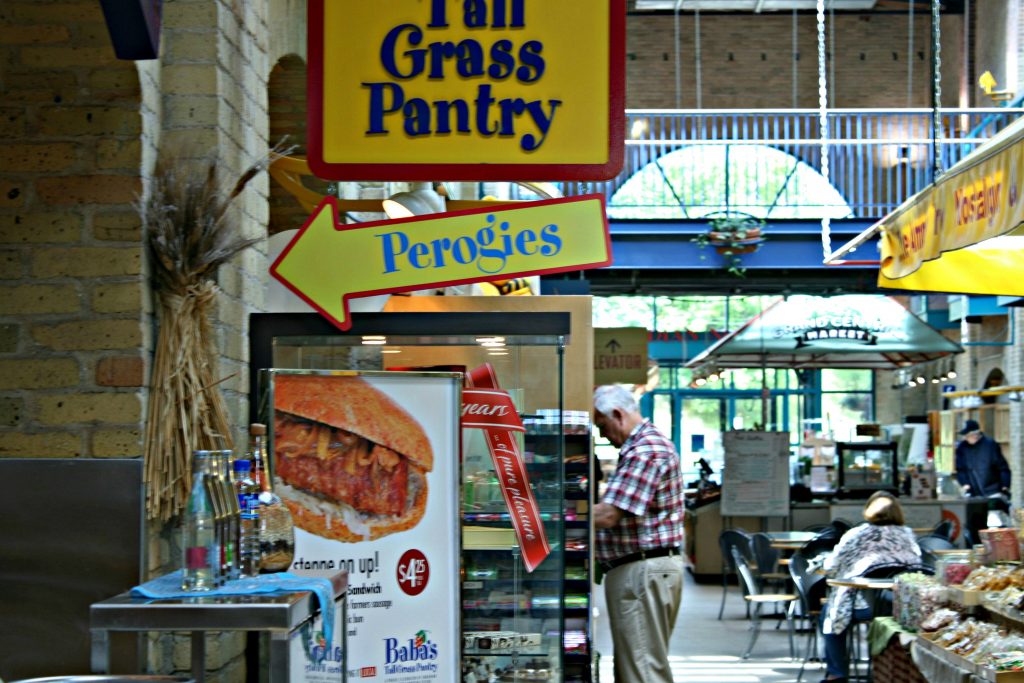 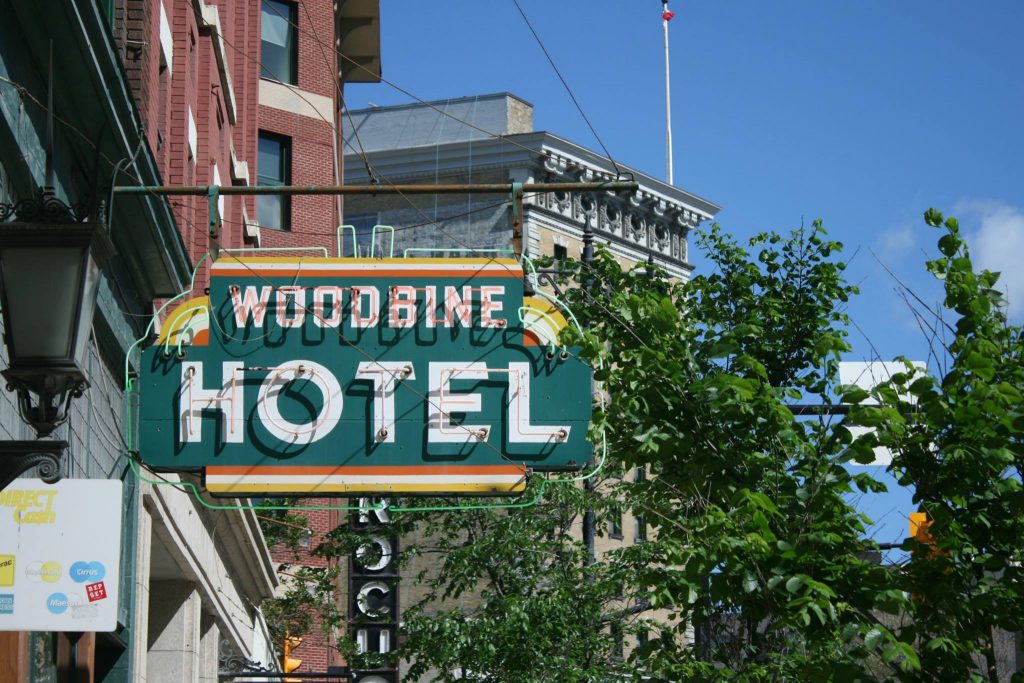 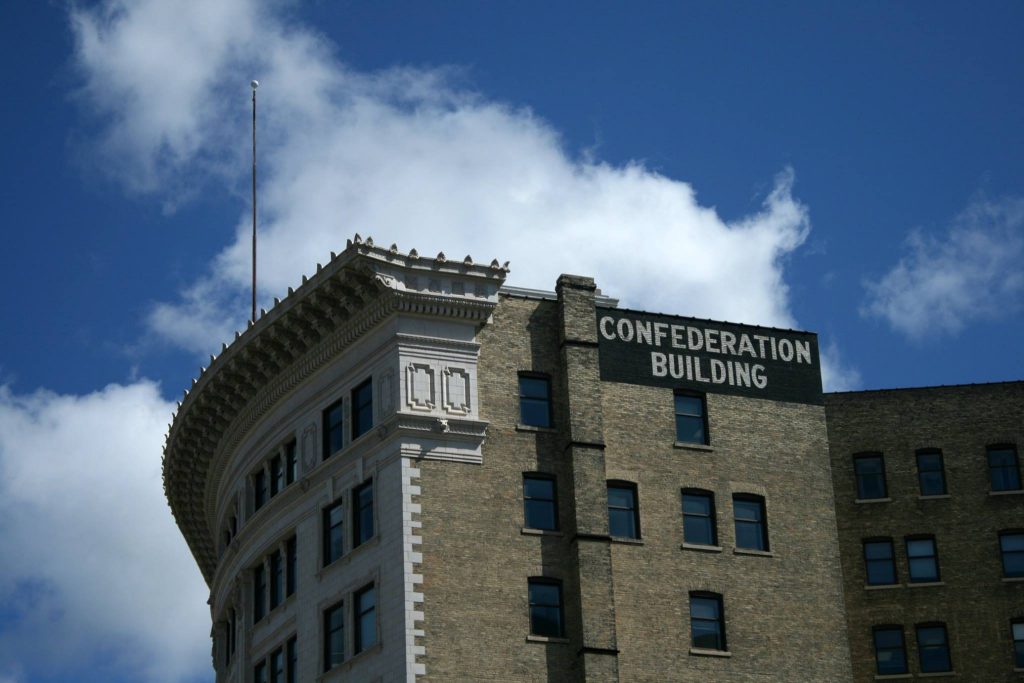 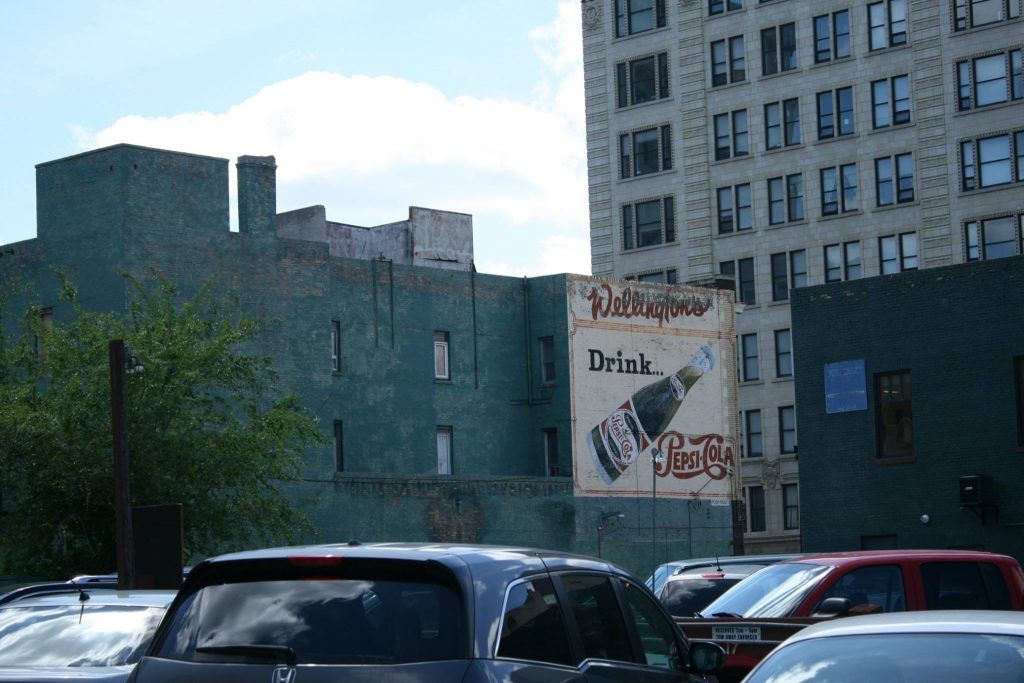 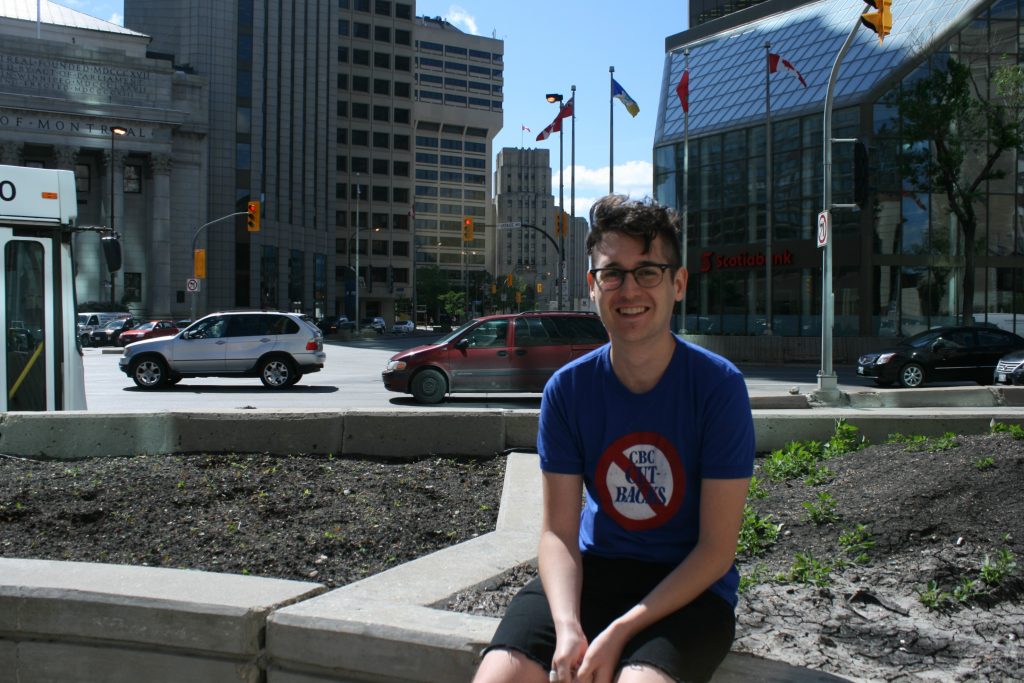