Having not had a TV or cable for the vast majority of my adult life, I had rosy, nostalgic feelings towards The Food Network. Moving and having the opportunity to have a preview of The Food Network seemed pretty exciting. Exciting until I actually tried to watch it, that is. What?! They only have Guy Fierri, no fewer than seventeen versions of Chopped, and a few other completely manic competition shows. Imagine my disappointment when I found out cooking shows only comprised two hours of their daily programming block. Now envision my anger when I realized three-quarters of those shows seemed to be about cheese? Anyhow, I did catch The Barefoot Contessa once (which is great fun) and Jaime Oliver’s Fifteen Minute Meals. I was a little irked at his calling a meal without vegetables healthy – but that just goes further to my prickling up at the use of that word. Except then he did something shocking and made a salad that sounded downright marvellous. Despite this gem, I’m glad that free preview is over and we know have the internet again so I can just watch Gilmore Girls on Netflix on an endless loop instead. 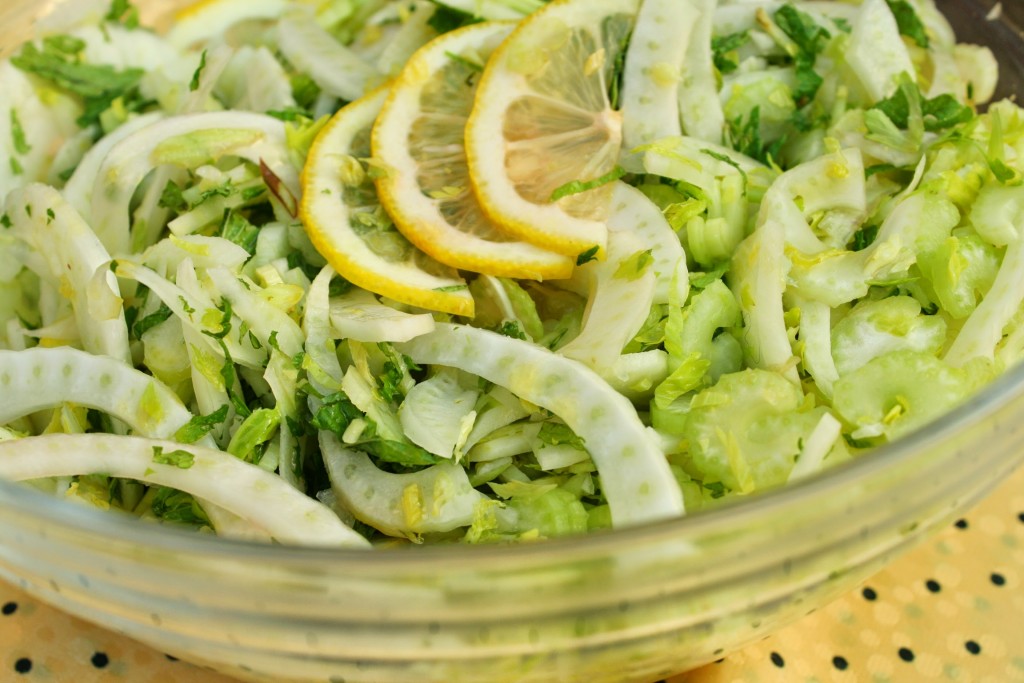 The salad is comprised of simple ingredients, sliced very thin. I did mine with a food processor to save time, but if you’re confident in your knife skills , you could absolutely do it without. And yes, whole lemon slices are included. It is spectacular. I’m so into the idea of using the whole lemon in more foods. And on my short list of favourite ingredients, fennel is definitely in the top five (cranberries, mango, celery, pumpkin). 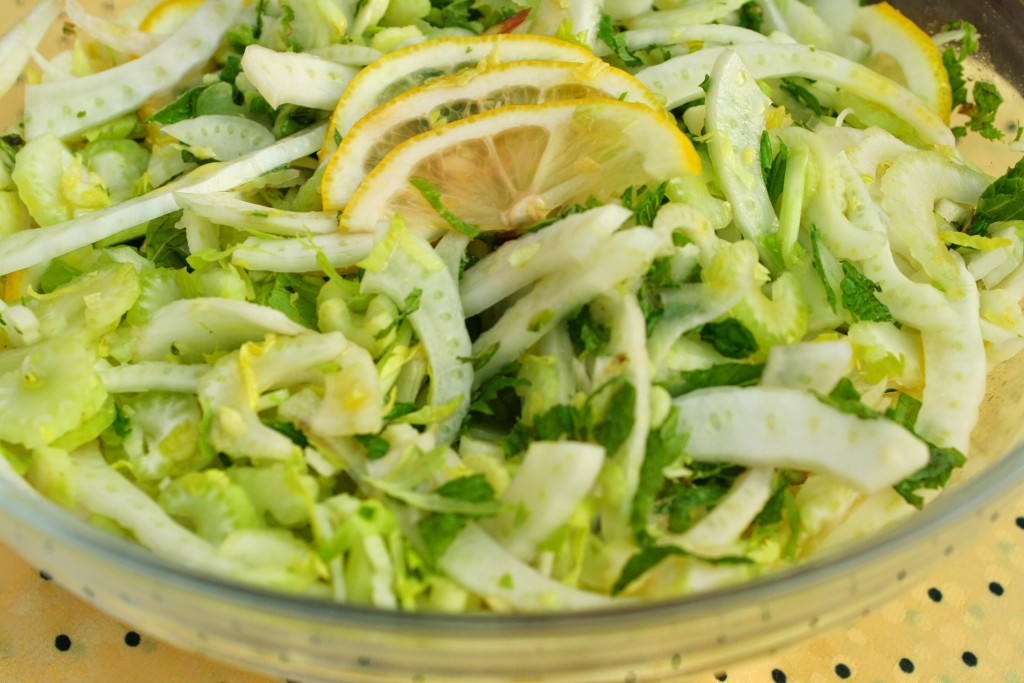 Fresh Lemon and Fennel Salad
Serves 4, as a side

Run the fennel, celery, lemon and mint through a food processor with the slicer attachment on. Toss together in a large bowl with the olive oil, red wine vinegar and seasoning. Toss, taste and adjust to your liking. Serve on the side, especially lovely with something spicy such as my Jerk Tofu. 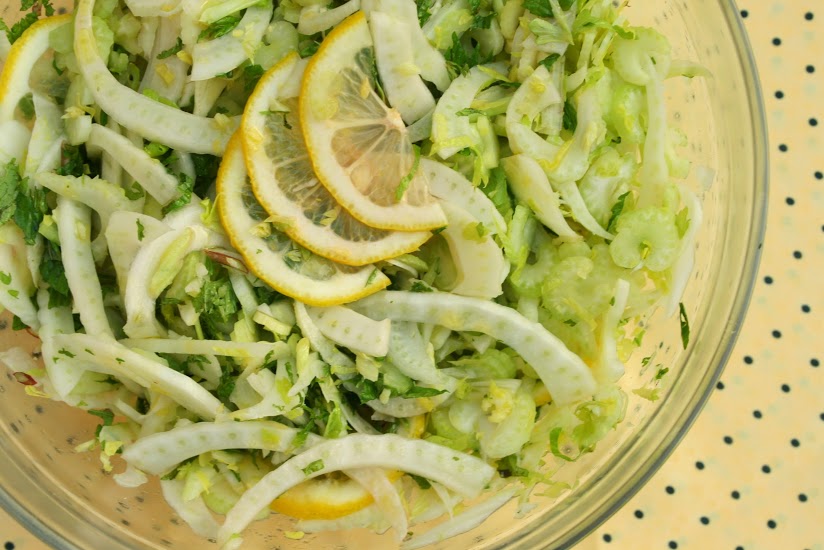