Update March 12, 2015: We’ve retested these gems with regular flour and we’re all set to go. Also, for a chocolate-allergic friend, we have a peanut butter twist available at the end of the recipe.

It’s been a while since I made a new cupcake-frosting combination! I have no fewer than 25 bananas in the freezer right now and the weather has taken a turn for the cooler (yes yay hooray) so I figure I might as well try to get through some of them before they take over the entirety of our tiny apartment kitchen. 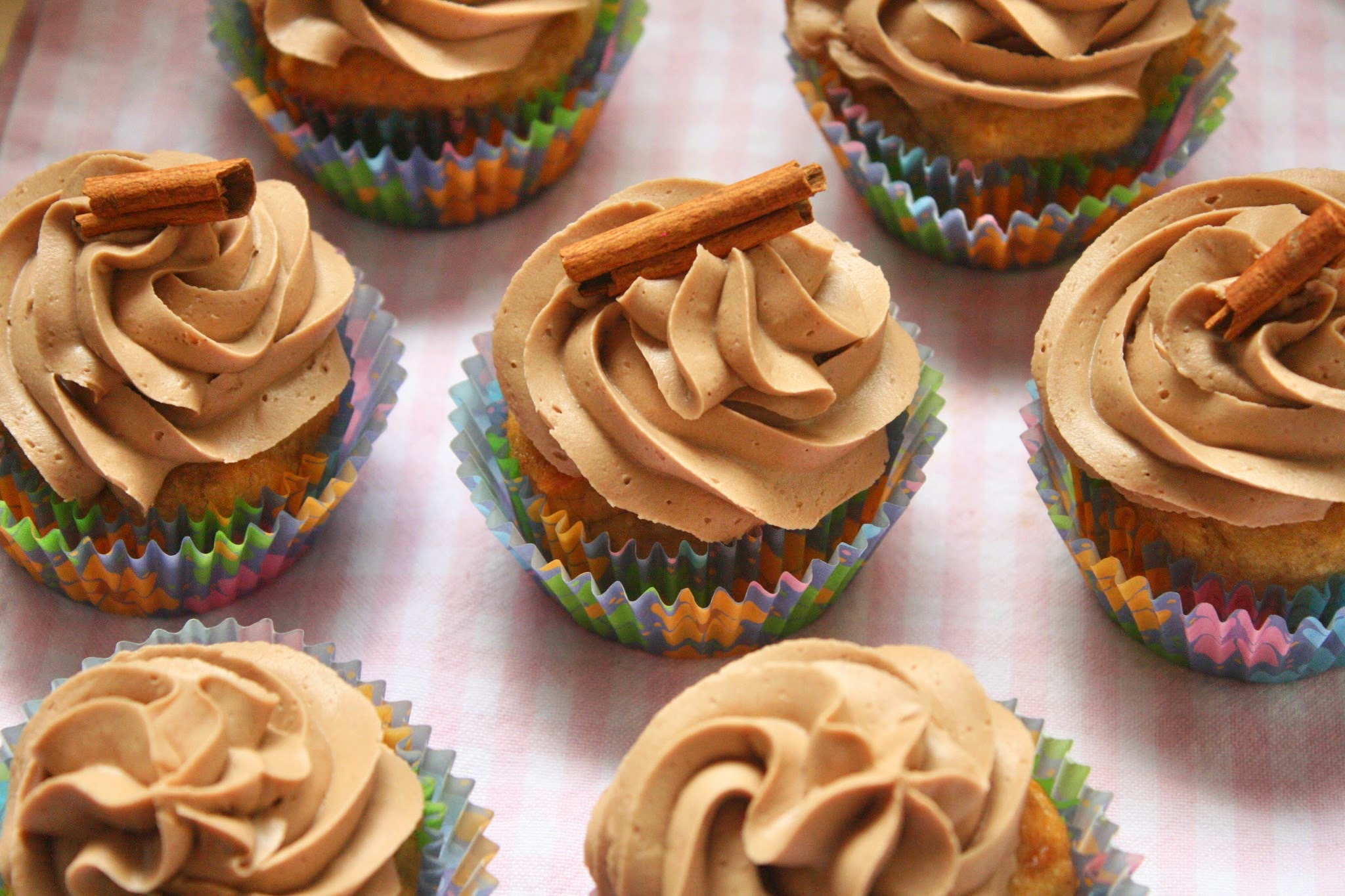 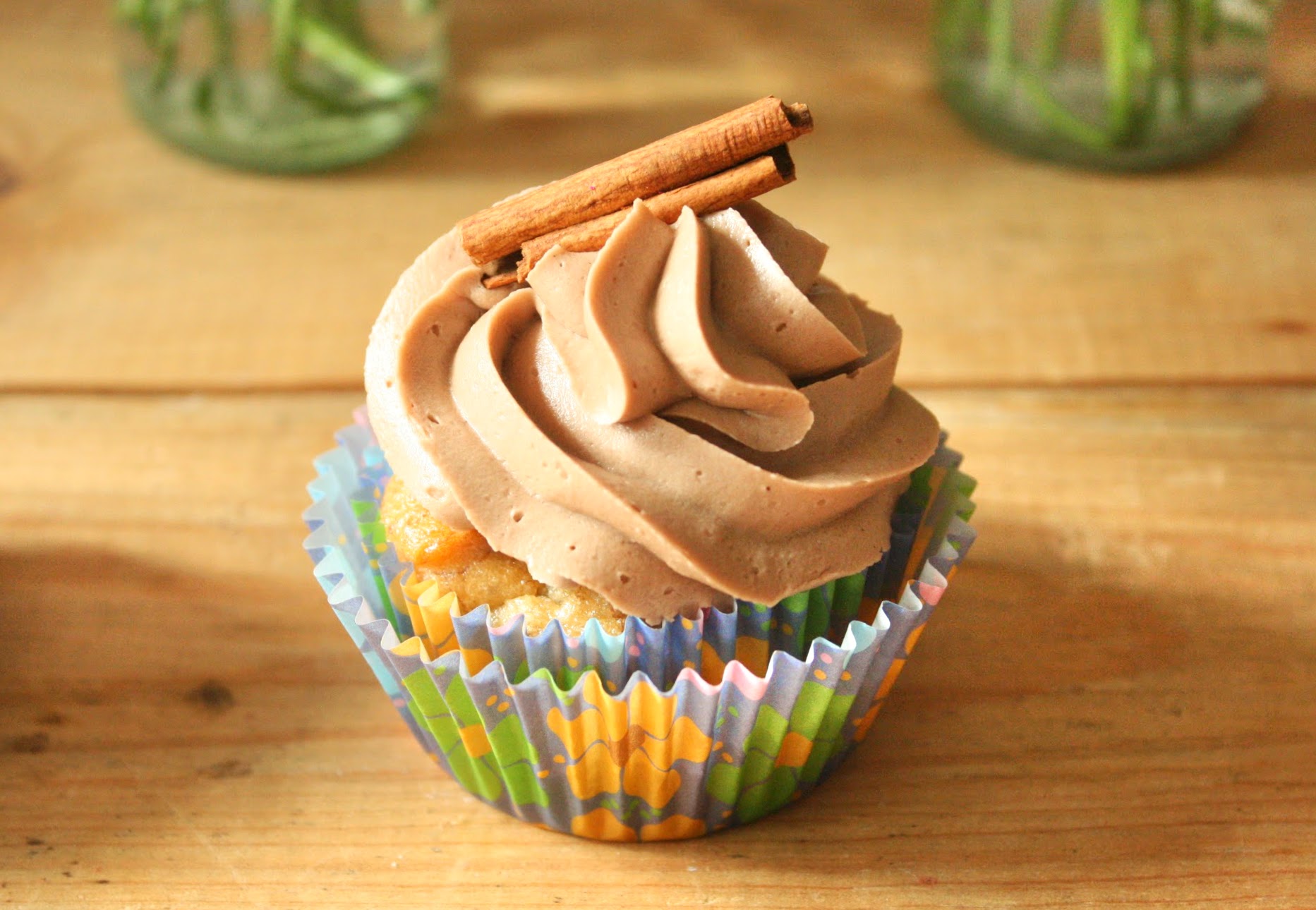 So here we are – a delicate, moist banana cupcake topped with a super silky cinnamon buttercream that has a touch of chocolate in it. Maybe it was just a good day but this frosting was extra delicious and I hope you’ll try it out. I would also expect to see several more banana recipes coming up, so long as the cool weather holds out. 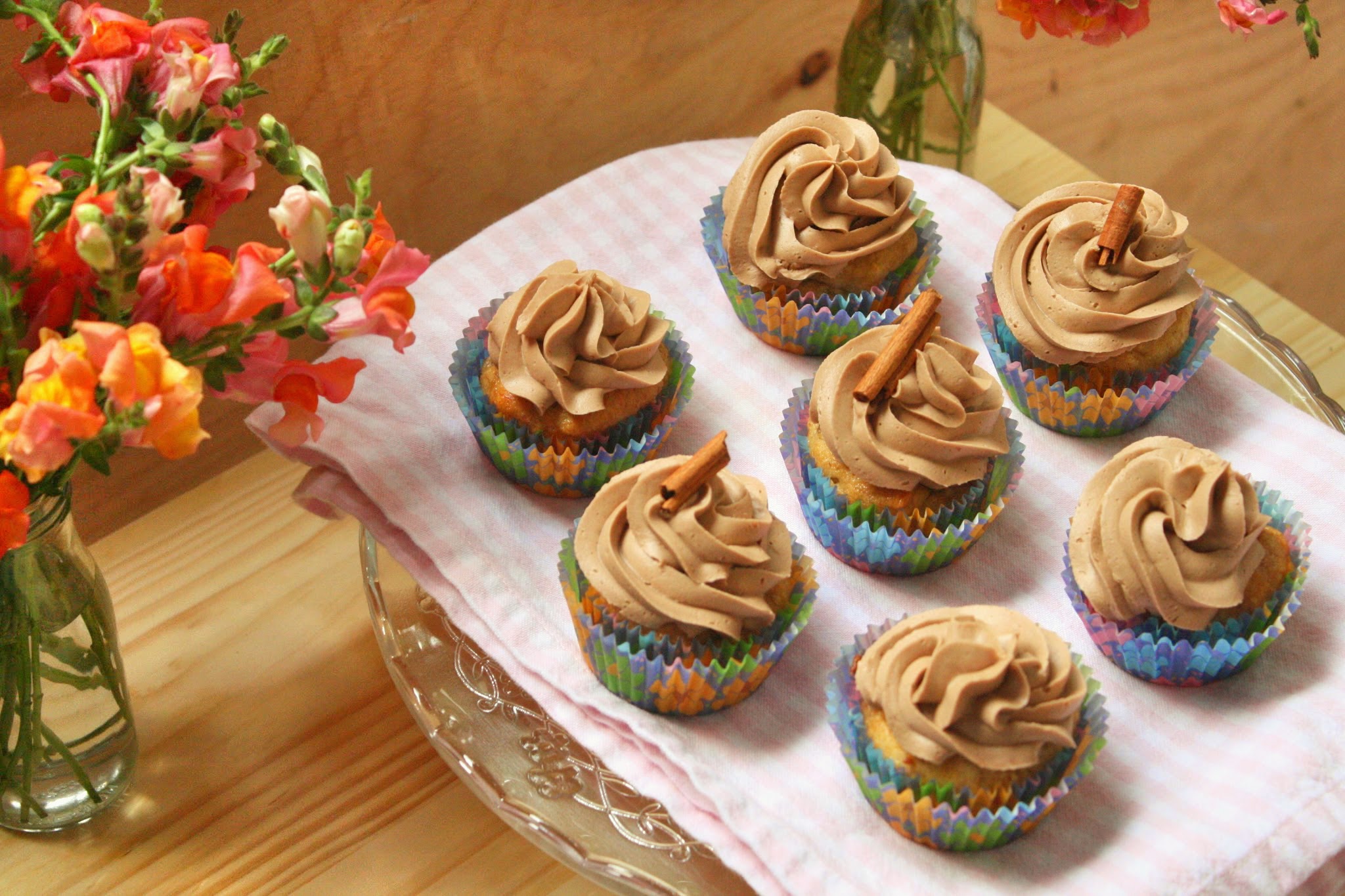 Prepare a standard size cupcake tin with liners. Preheat oven to 350 F. In a large mixing bowl, whisk together the dry ingredients. In a medium sized mixing bowl, mash the bananas and combine with the vanilla, cinnamon vodka (if using) and apple cider vinegar. Add to the dry ingredients, along with the oil and the egg replacer and mix until well combined.  The batter will be a little thinner than you might be used to seeing. Fill each liner about 2/3 full and bake for 25 minutes, until the tops spring back at your touch and they’ve started to brown. Let cool completely on a rack. 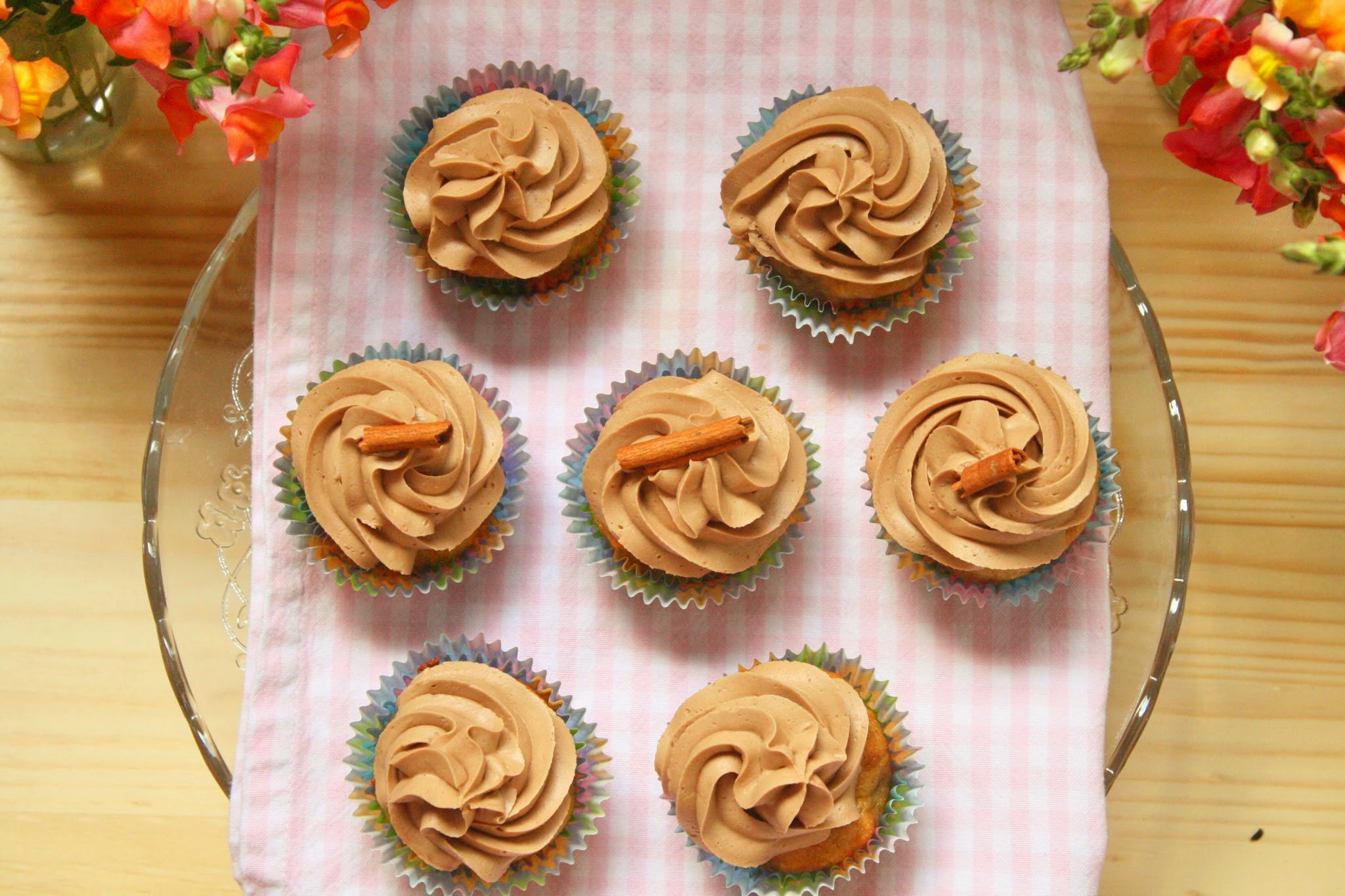 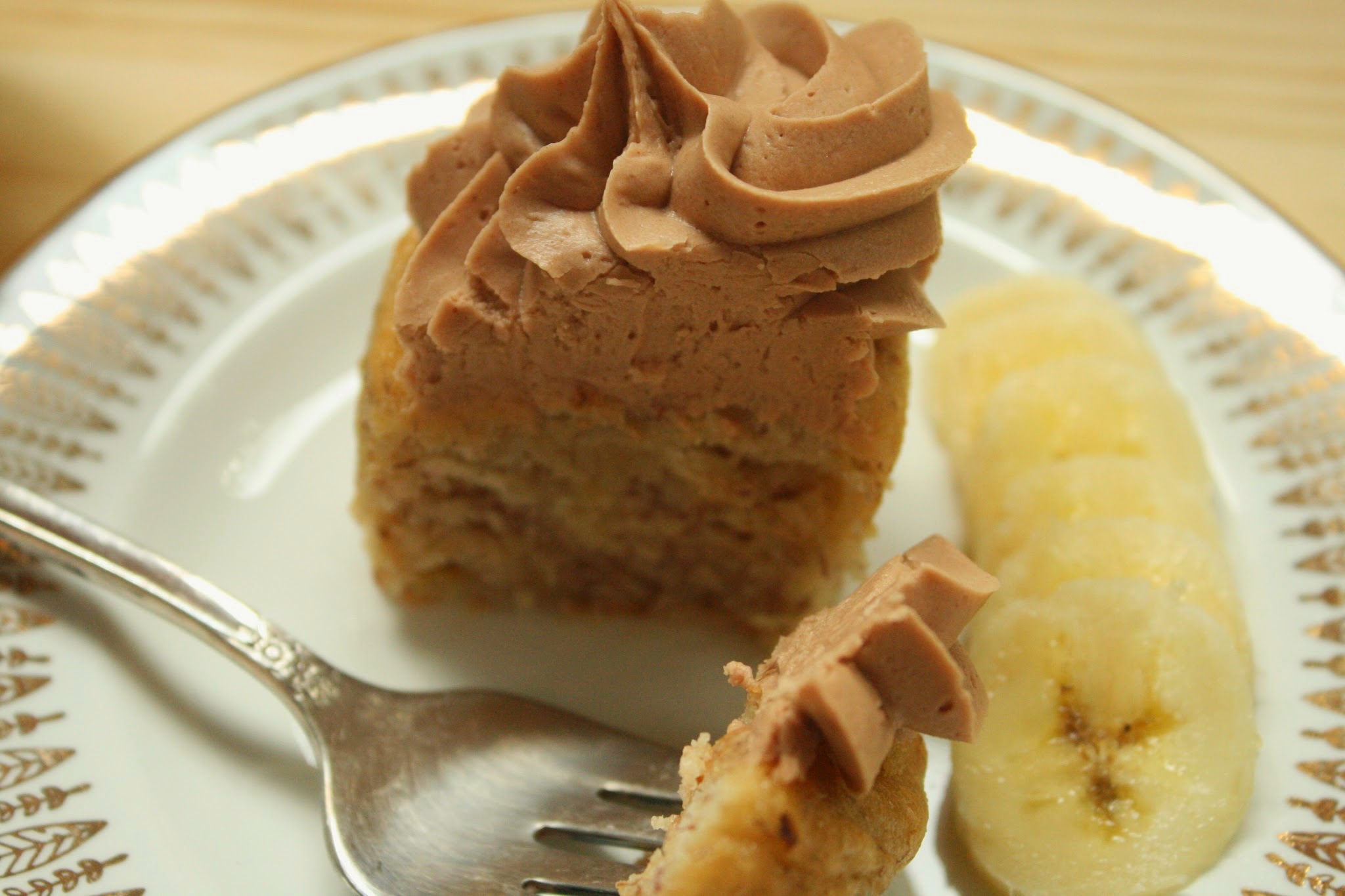 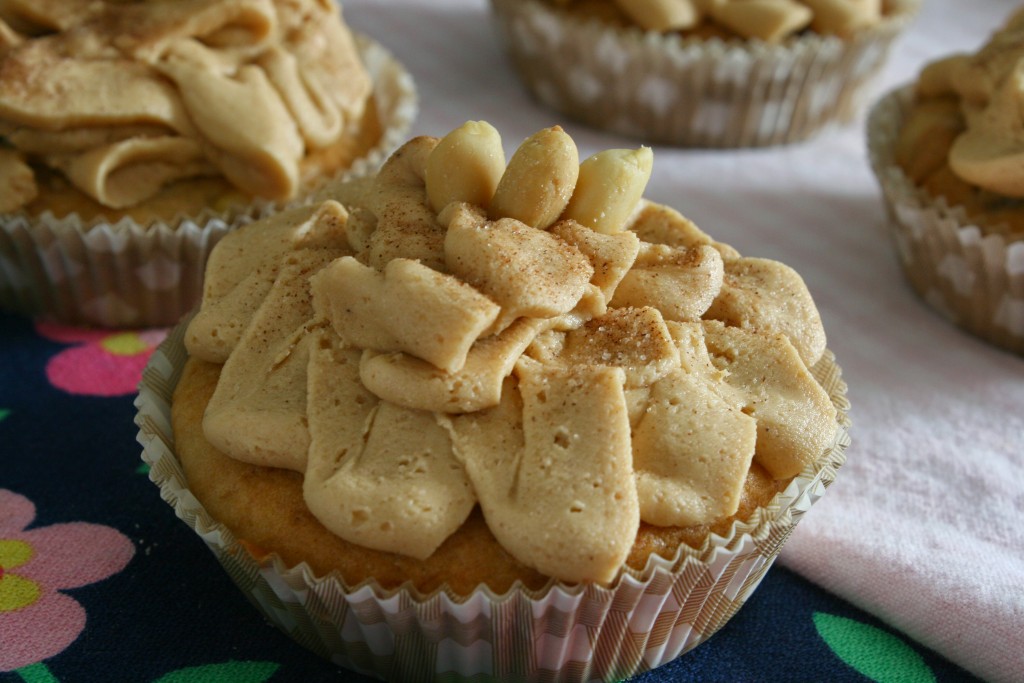 Using a hand or stand mixer, beat the margarine and peanut butter until fluffy. Add 1/4 cup of powdered sugar, the cinnamon vodka and vanilla extract and beat to combine. Slowly add the remaining powdered sugar and non-dairy milk, if needed. Pipe onto cooled cupcakes.