OK, I’ve cracked the code for alcoholic drinks that taste like they’re made of heaven and Starbucks’ Cinnamon Dolce syrup. Never mind that, it’s also easy to do. Do you want a cocktail that goes down like silk? You probably do.

I used two DIY liquors, but you can get away with using Kahlua for one of them, if you prefer. The cinnamon infused vodka is only going to take one minute of preparation and a couple days in the cupboard to complete. Most alcohol infusions take at bare minimum 6 months (high quality, professional ones take years) so we’re really ahead of the game here. Did I mention it tastes of heaven?

Combine all ingredients in a seal-able container (I used a mason jar), shake to dissolve sugar and leave in a cupboard to infuse for at least 2 days. It will smell of candy when it’s ready to drink. 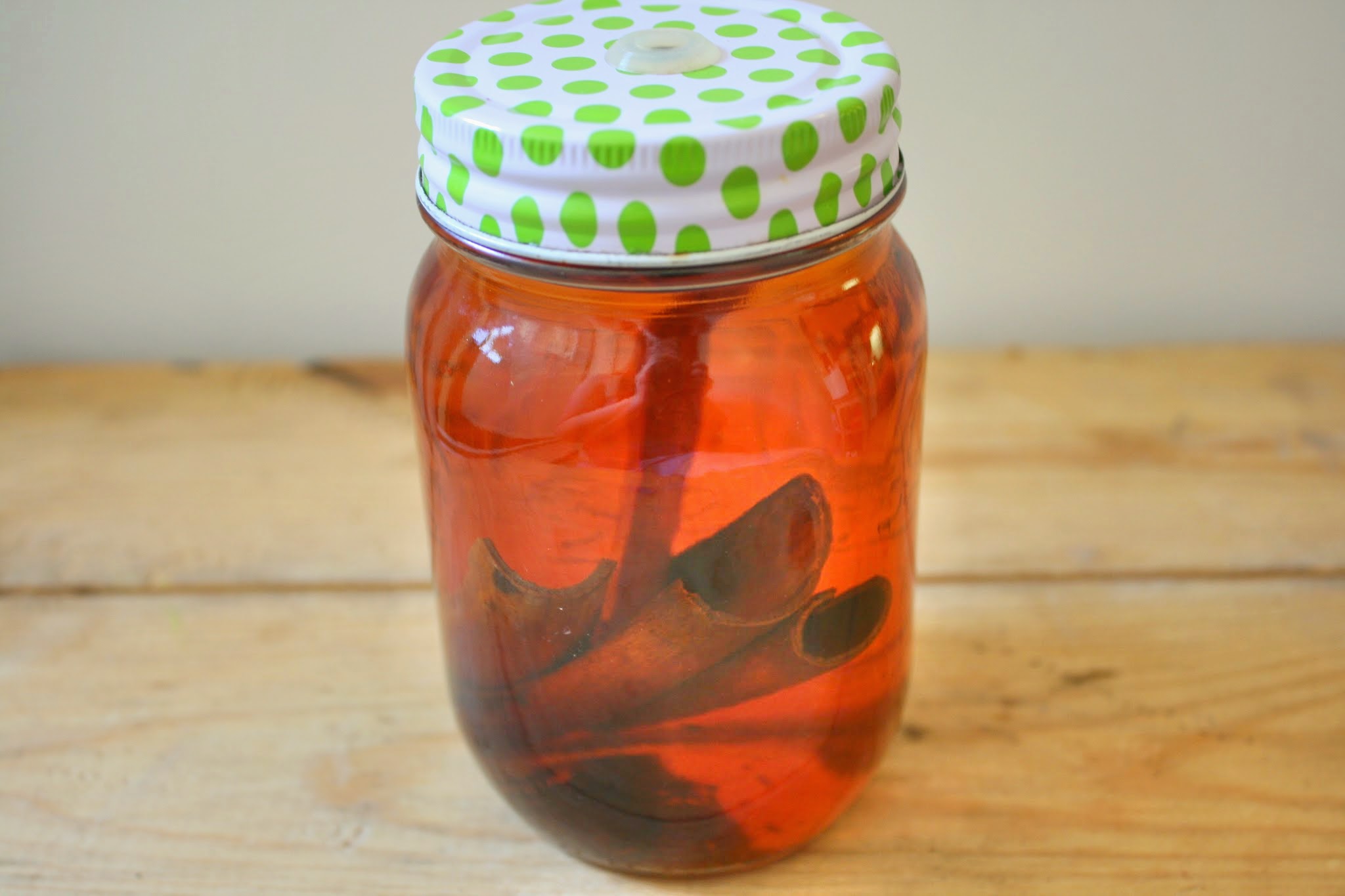 Put all ingredients in a blender and pulse until smooth. Garnish with your favourite non-dairy whipped cream, coffee beans and a cinnamon stick. Be careful.

Alternatively, you might want to add a frozen banana in place of the ice cream. It makes for a less rich and slighly less thick milkshake – with none of the to-die-for silkiness lost. It has a mild aftertaste of banana, but it’s not strong at all. I like it better this way.